Let’s look at nail guns, the most used tool on our building sites. Nail guns were invented by Morris Pynoos, a civil engineer in 1950, to speed up construction. Now widely used, this tool can be driven either pneumatically or by electromagnetism, and has mostly replaced the humble hammer. 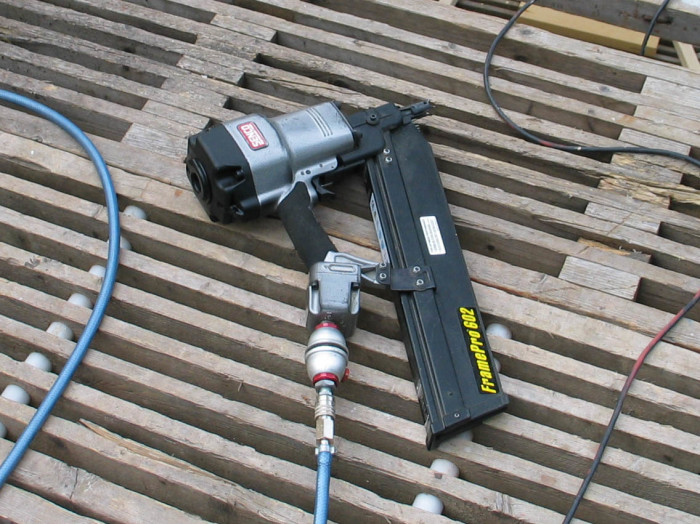 Nail guns, take strip nails; nails that have been glued together to form a strip, similar to a strip of staples. Other nail guns or screw guns use nails that are connected by plastic stripping. 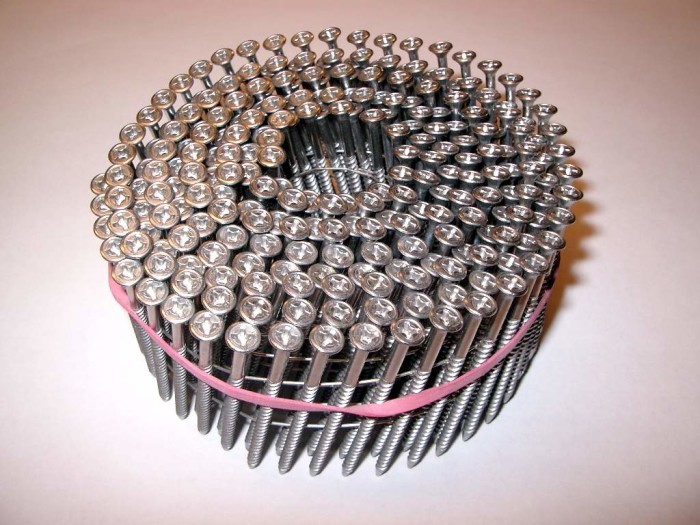 The nail gun most carpenters use, are the pneumatic type which require compressed air to fire them. This style of nail gun is connected to the compressor via an air hose and has the capacity to fire between 40 and 60 nails a minute.

This tool, while a little heavy and cumbersome to move with, saves not only time in construction, but also fatigue. Imagine how tired arms of tradespeople were in years gone by, when every nail in building a home, had to be hammered by hand. Adam has many long term ailments due to his years of repetitive hammering.

Nail guns can be quite a safety hazard, and should only be used with the correct training. While many safety devices have been inbuilt into them, something as simple as a moment of not concentrating or fatigue is enough to cause injury or worse.

Have you seen a nail gun in use? Have you ever had cause to use one?