We featured Nicole here on the blog a little while back sharing her (and mine) favourite space. Today though, I’d like you to meet professional Nicole. Nicole  is an interior stylist, who has her own  business called The Style Game. Nicole and I connected at the HIA Women in Industry Luncheon, when Nicole stopped to say hello on her way out. We have a lot more in common that our names and love of the same beach. I’m sure you will enjoy the story of her journey so far 🙂

Could You Introduce Yourself and Let Us Know What You Do. 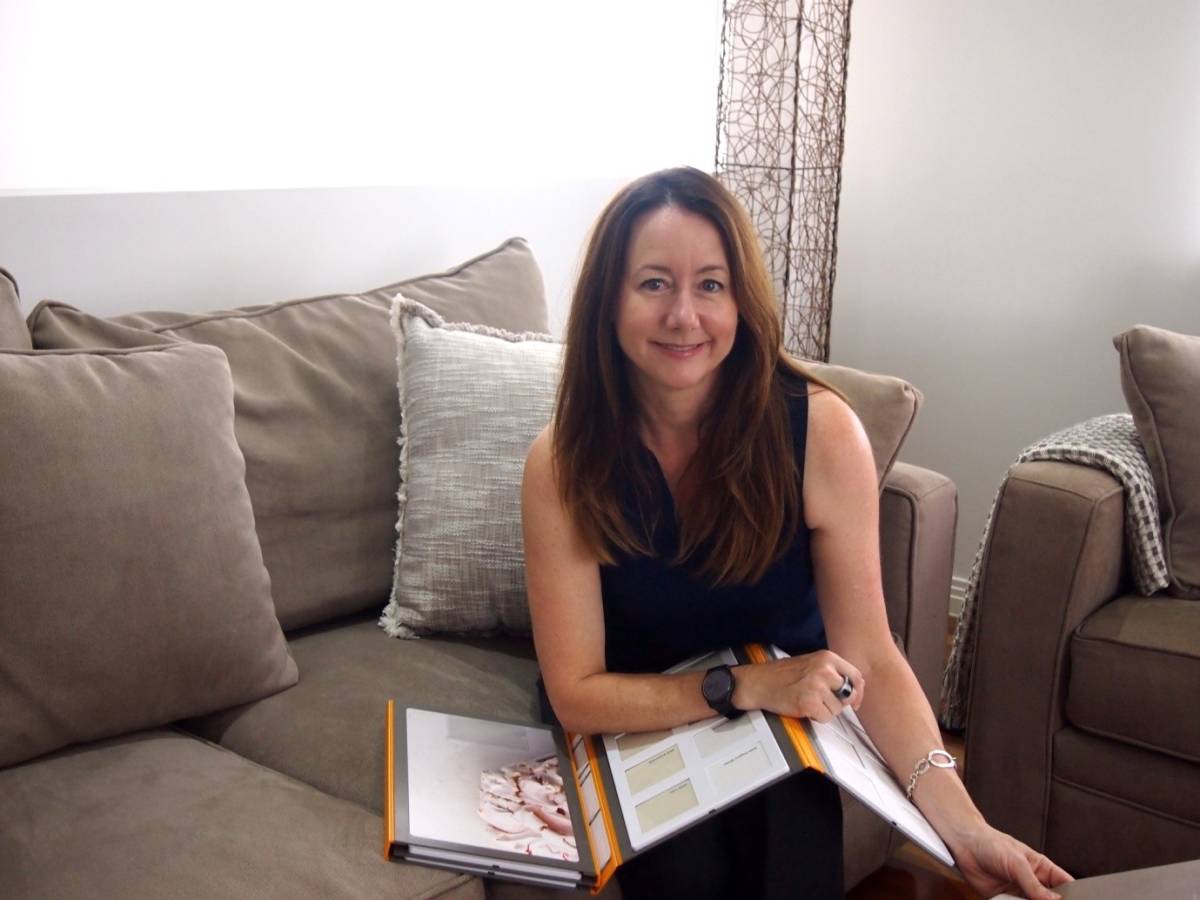 Hi, I’m Nicole Cark and I am the owner of The Style Game, an Interior Styling business based in Brisbane. I style homes for the Real Estate market, preparing them for professional photos and the sales marketing period to follow. I also style commercial properties including display apartments and homes. Another side to the business is doing styling work for private clients, sourcing a range of lovely items for them to keep and enjoy. So many clients say, “wow, I don’t think we want to move now”, when they see their house ready for market. They often ask me back when they purchase their new home to spoil themselves for a change!

Please Share A Little OF What Lead You To Your Chosen Career?

When I finished high school in Townsville, I had originally enrolled to study Interior Design but was also accepted to study Dance, both at QUT. Both courses took very small numbers, interior design only accepted 25 students and dance took only 12. While I loved both, I had been dancing from the age of 3 and I couldn’t really pass up the chance to be a ballerina, could I? And so I packed up and moved to Brisbane and followed that dream. I was lucky enough to have a ten year career in the Arts, studying and performing with professional dance companies in Brisbane, such as Expressions Dance Company, Queensland Ballet and The Australian Folkloric Dance Company. 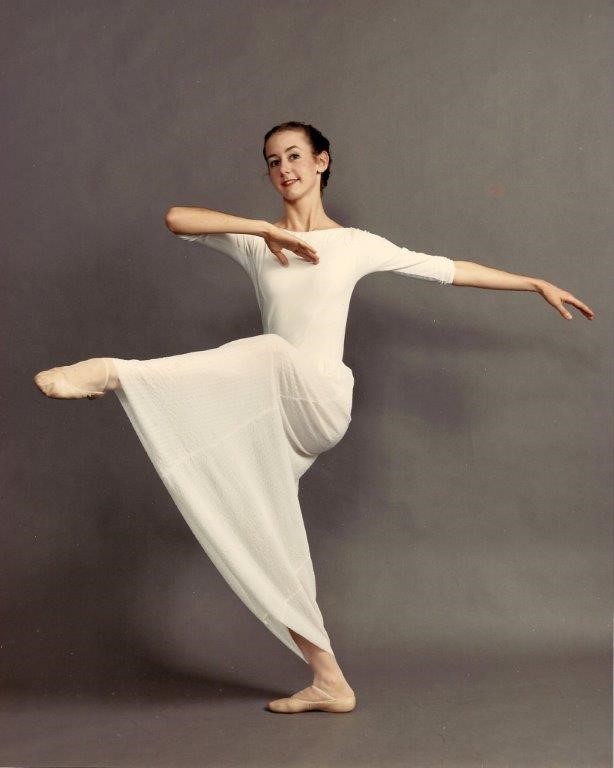 Nicole performing in Townsville before leaving to study Arts at University.

Nicole performing with The Australian Folkloric Dance Company on tour.

My work took me travelling all over Queensland, performing shows for both school children and in theatres. Although I loved every second, injuries were eventually taking their toll and by then I had also met my future husband, making all those weeks of travel seem far less appealing!

A mutual friend of ours was a travel agent and she set up my first interview in the “real world”, and so I was a dancer no more, and suddenly a travel agent who needed a very swift brush up on my school geography! While retail travel was a great start, it wasn’t what I enjoyed and when the chance arose to take a job in the wholesale side of the business I jumped at it.

For the next couple of years I negotiated deals with Australian hotels for holiday packages and became the “price beats girl” for every deal we were losing out on to other companies. This was a tough role but I learnt so much about dealing with people and negotiating skills, and I know that these skills have helped me succeed in every job I’ve held since.

Hotel deals became wine deals as I took a position as a Wine Sales Rep for the world’s largest wine company at that time, working on the Sunshine Coast in the flourishing restaurant scene up there. Eventually though, after marriage, a stint living and working overseas and having children, that artistic side of me was calling again! My children were a bit older by then & so I decided to make the crazy decision to go back to study, back to my first love, Interior Design and study through ISCD (International School of Colour & Design) in Sydney.

I really feel like I have come full circle and this is where I’m truly meant to be. After a couple of years of styling, I started up my own business in August 2015. I love being my own boss and having the freedom to work around family life. I get great satisfaction from seeing my clients realise the full potential in their homes, often the biggest asset they will have. Each home has a story to tell, I just put it in the spotlight and let it shine, maybe it’s my performing background leading the way!

How Did You Go About Finding Your First Job/Apprenticeship?

My husband & I decided to sell our home of eight years and although styling wasn’t a big thing in Brisbane then, I knew how I wanted to present this fantastic home we had. My agent was so impressed he suggested I did styling for a living, and that was how it all started. It had been on my mind but I really didn’t know if this was ‘career worthy’ but he gave me the confidence to make a start and we still work together now.

What Was Your Experience Those First Few Years?

A lot of long hours, much trial and error and learning on the job. I grew up in a family of small business owners, so I was used to working hard but even I struggled with the sheer physicality of the job, and the long hours.

Where Do You See Yourself In 5 Years?

Hopefully still styling but with staff and a lovely big storage facility to make life easier! I really enjoy the interior design side of the business, styling client’s homes to stay, so expanding on that side of the business would be wonderful and I’m interested in textiles & fabrics, that part of my study has drawn my interest the most, so I could see myself dabbling in that aspect in the future (maybe a range of cushions and linens for stylists)!

What Changes Do You Believe Are Needed In The Construction Industry?

I think positive change is already happening. Women are so terribly important in all aspects of our community, they really are the thread that holds families and both small & larger businesses together.

I guess I grew up watching my own mother support my father in many of their own family businesses and while he was usually the figurehead, as it was back then, she was the support network behind the scenes, not only running the family but running all the admin side of the business as well, allowing my Dad the freedom to achieve the success he did. They were a true team in every sense of the word and one could not have succeeded without the other. I see women being recognised so much more now for the role they play, and also excelling as the leaders in their industry, no longer just the support roles.

What Number One Lesson Would You Share With Women Thinking Of A Career In Construction?

Trust in your own abilities and keep at it when things get hard. Seek out other women as mentors and inspiration.

I am really interested in any struggles you faced and how you overcame them.

The biggest hurdle I have found with the styling industry and in particular, the Brisbane market, is facing the issue of pricing. It’s very common to style for sale, both in Sydney and Melbourne, where shows like “The Block” have highlighted the benefits of home staging. Up here though, the general conception is that it’s an expensive part of marketing that is simply not justified. I can’t tell you the amount of times a property has sold on the first open home and for asking price, or commonly, many thousands over asking. It really is such a valuable part of selling these days.

My biggest personal hurdle was losing my father shortly after I started my business. We were always very close and both he and my mother were my biggest supporters so it was a crushing blow to lose that special person at that critical time. He wrote me a letter the week I started and slipped in a cheque so I could buy my first bit of stock and I still have that letter to this day. I almost gave up before I started but when it’s tough I just think of Dad, and the letter he wrote, full of encouragement and love. 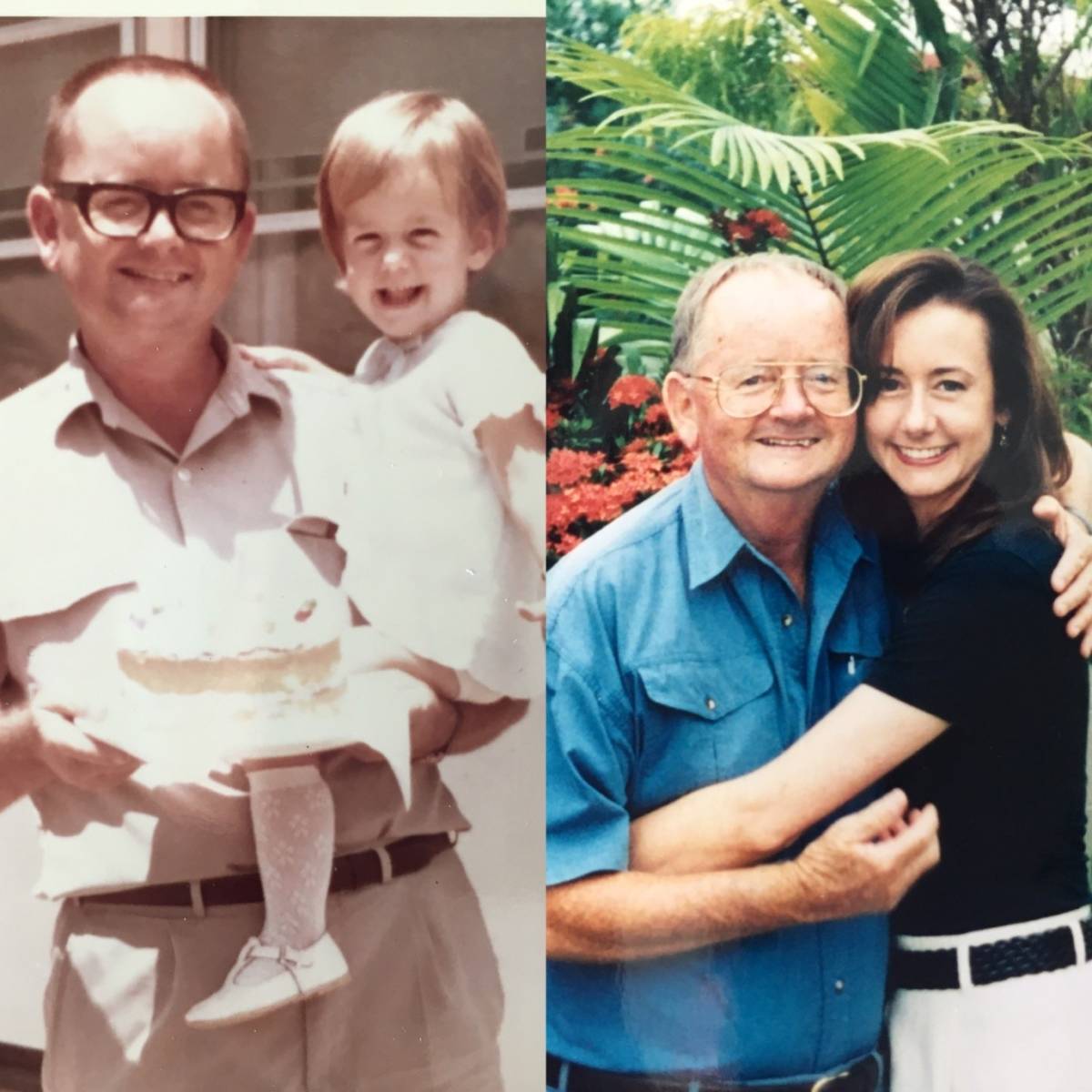 My Dad & I in Gove in the Northern Territory where we lived till I was three. Dad & I at the motel we owned and ran for 22 years in Townsville.

Following are some photographs of my work. 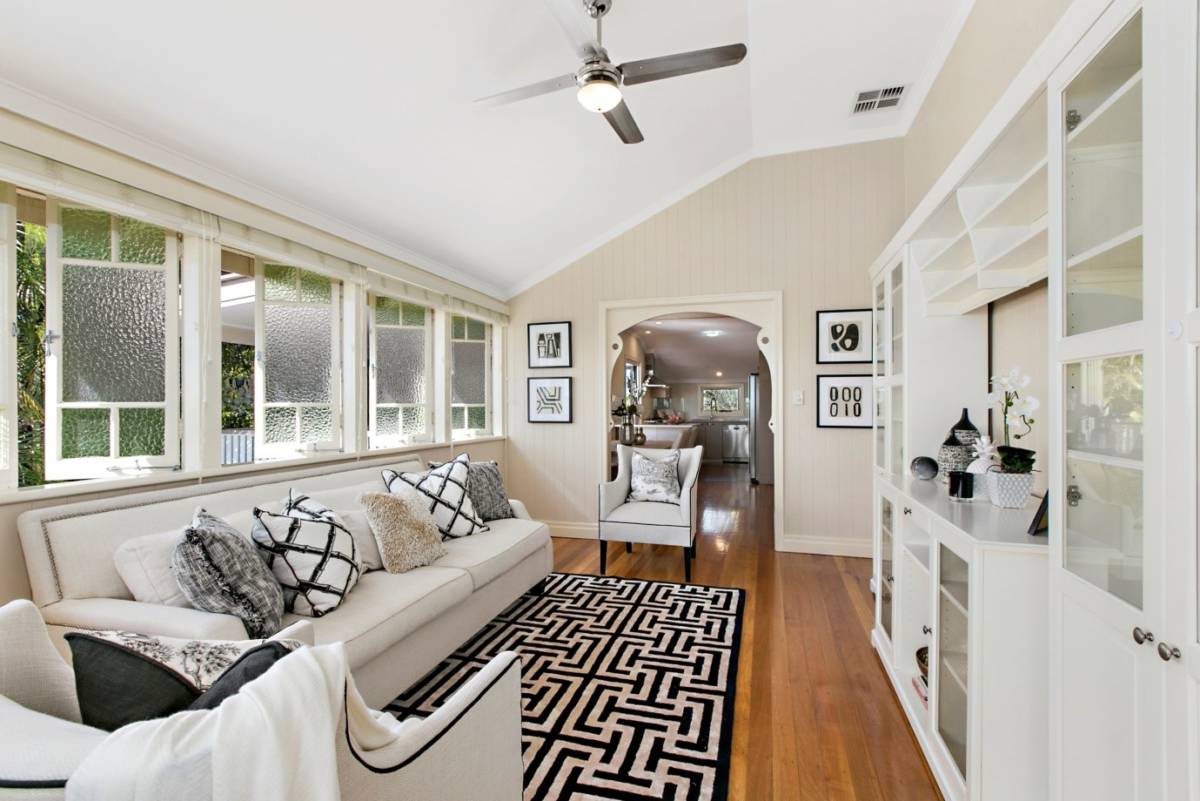 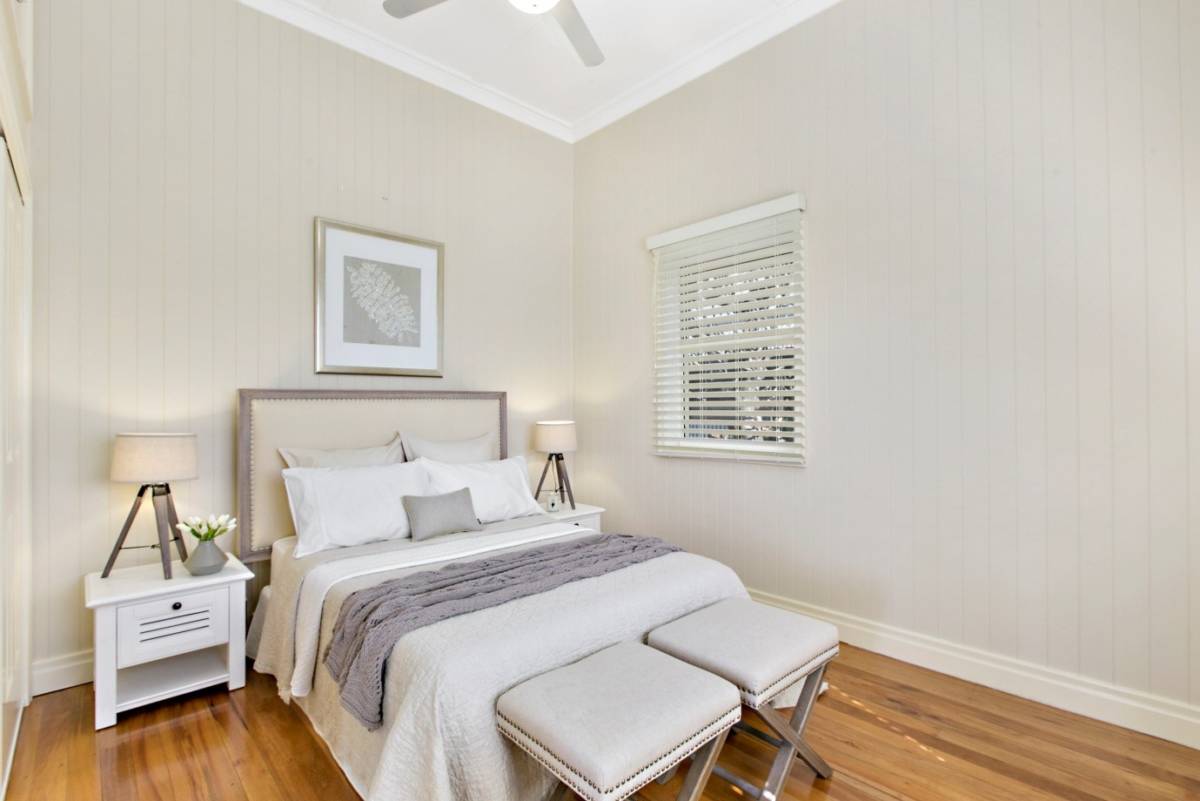 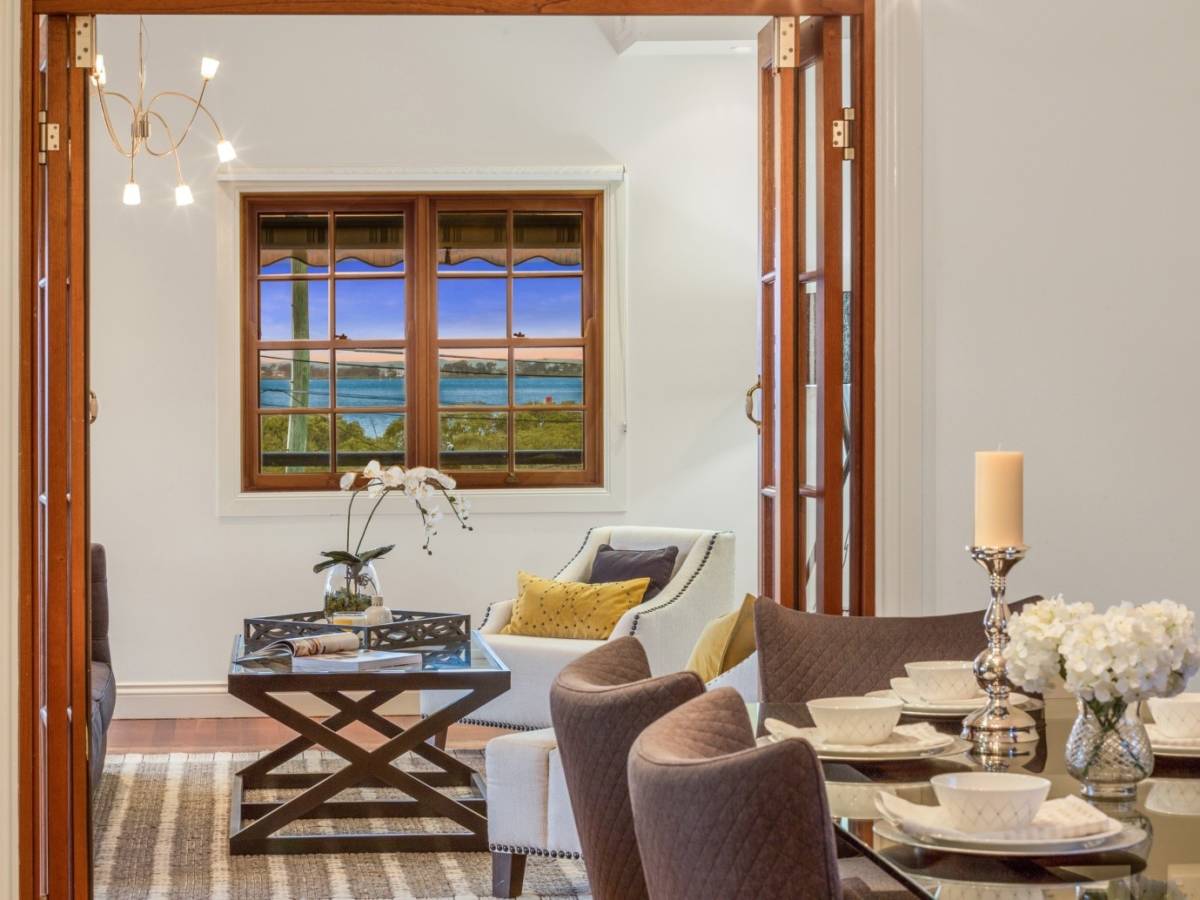 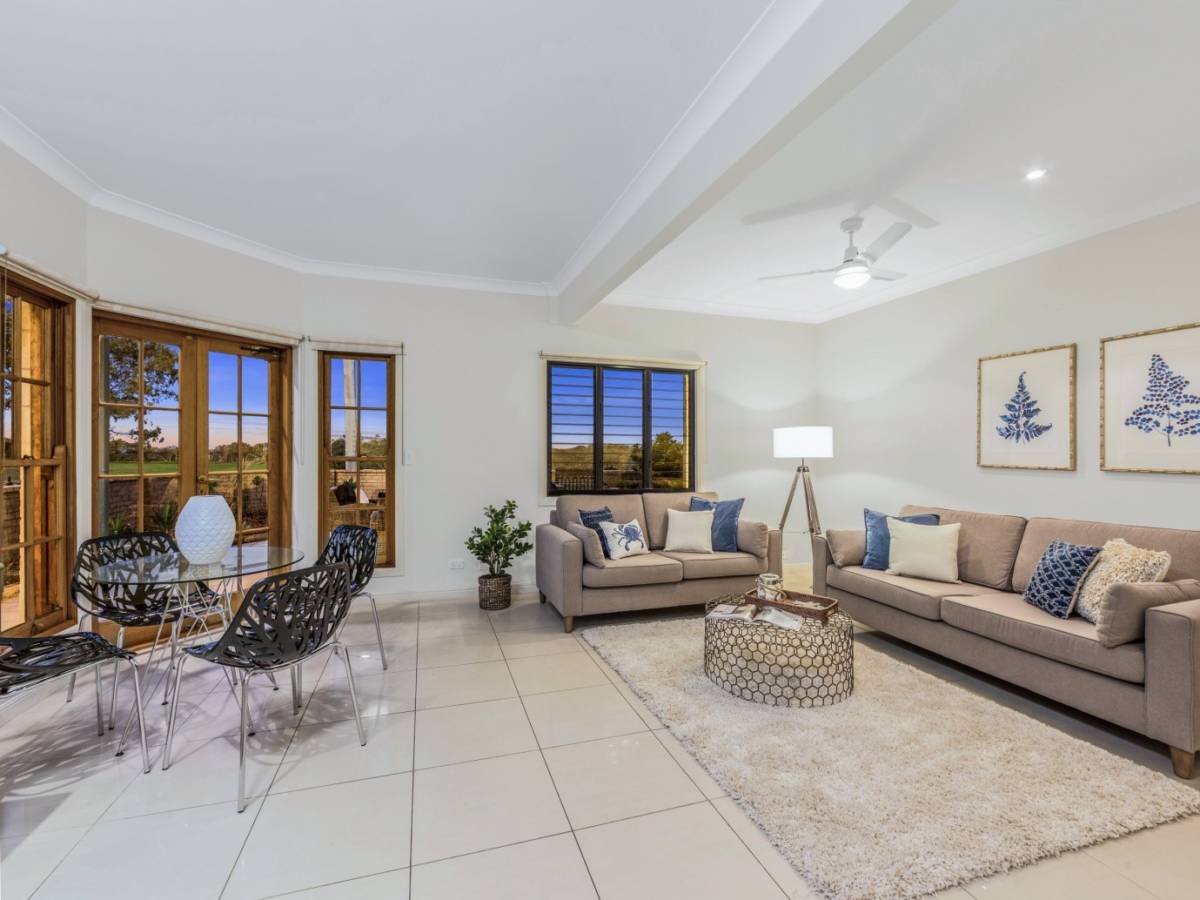 Nicole can be found at The Style Game and on Facebook and Instagram. Thank you for sharing your inspirational story Nicole.

Have you ever made a bold career change? Are you living your dreams?