Drills are tools used to bore a hole in materials or for fastening materials together using fasteners. Early drills were simple tools made of sticks sometimes with a flint attached, rubbed between the palms and used to bore holes into materials, later advanced by attaching a cord to the stick, which was pulled by another stick called a bow to create a faster speed and therefor more friction.

There have been many advances in drill technology since the very early days, with the first electric drill being patented in 1889, by Arthur James Arnot and William Blanch Brian in Melbourne Australia. In 1895 the first portable handheld drill was created in Germany, and finally in 1917 the first pistol grip handheld portable drill was patented by Black and Decker, and thus began the modern era of drills and power drills. 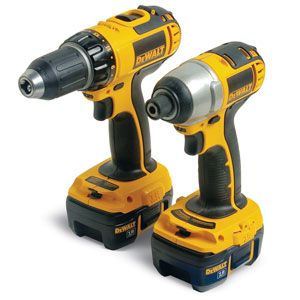 Power drills as we know them today are very commonly used on a building site, often found in the home tool kit, also used in the medical profession. They are still predominately used as they were used for in the early times. Archaeologists have found bodies that date some 7,500-9,000 years, in a cemetery in Pakistan, where 9 adult bodies were found to have a total of 11 teeth drilled and there are hieroglyphics depicting Ancient Egyptian carpenters using bow drills, suggesting how primitive these tools really are.

Next week we will explore the many different types of modern drills.

Do you have a drill at home? Have you used a drill?