Pliers are a hand tool that resemble tongs. Two metal levers joined at the fulcrum, to create jaws on one side of the fulcrum with long handles on the other side. They have the advantage of being able to cut as well as hold. 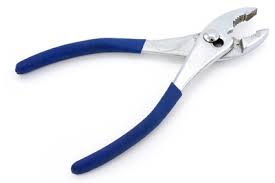 Pliers are used to hold, grip and provide added strength over and above what a hand can do. Because of the position of the fulcrum, the strength in the jaws and the long handles for leverage, great strength can be obtained when using pliers. Finer nosed pliers can be used on objects smaller than a hand can comfortably grip, for example nails and staples. 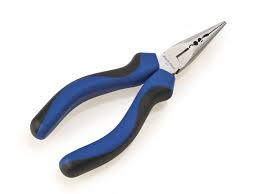 Pliers can also cut and strip the plastic off wire. They are an electricians main tool, used for cutting wire, and tying wire together for such things as light switches. Carpenters use pliers to tie wire together when fixing steel in foundations. Pliers are used when tensioning fencing. Mechanics use long nosed pliers in hard to reach spots. 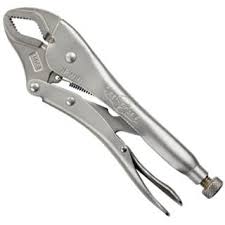 There are many types of pliers made for different purposes, slip joint pliers, needle nose pliers, locking pliers, tongue and groove pliers, round nose pliers, and heavy duty crimping pliers to name a few. Each version is a little different and used for its own purpose. Pliers are such an old tool, they have no single date of invention or an inventor to credit for there inception.

Have you used pliers? Do you have a set in your tool kit?