The Builder has always been careful with security. Living on a main road, with plenty of access has left him feeling a little less safe of late. While we have had no problems in our time here, he likes to be cautious and therefore we were looking at ways to increase our security.

We specifically wanted to keep unknown people off our deck, and so a little research later, we decided to install lattice doors and a security system. The Builder was a little concerned about how the doors would look, but I had long admired the appearance of them on many of our neighbours homes and was sure they would look in keeping with the character of our home.

After selecting our doors from Woodworkers and having them delivered, The Builder set about installing them. Unfortunately this meant that we needed to chisel out some of the original moulding found on the posts on the deck, however The Builder was careful to do so in a way that means we can replace the original pieces if we should ever need. 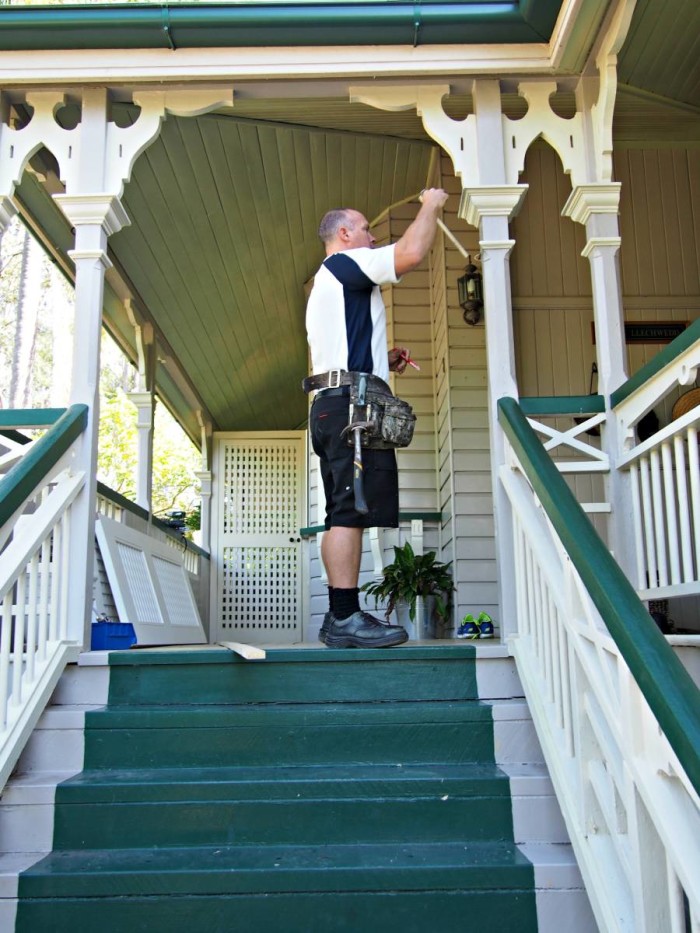 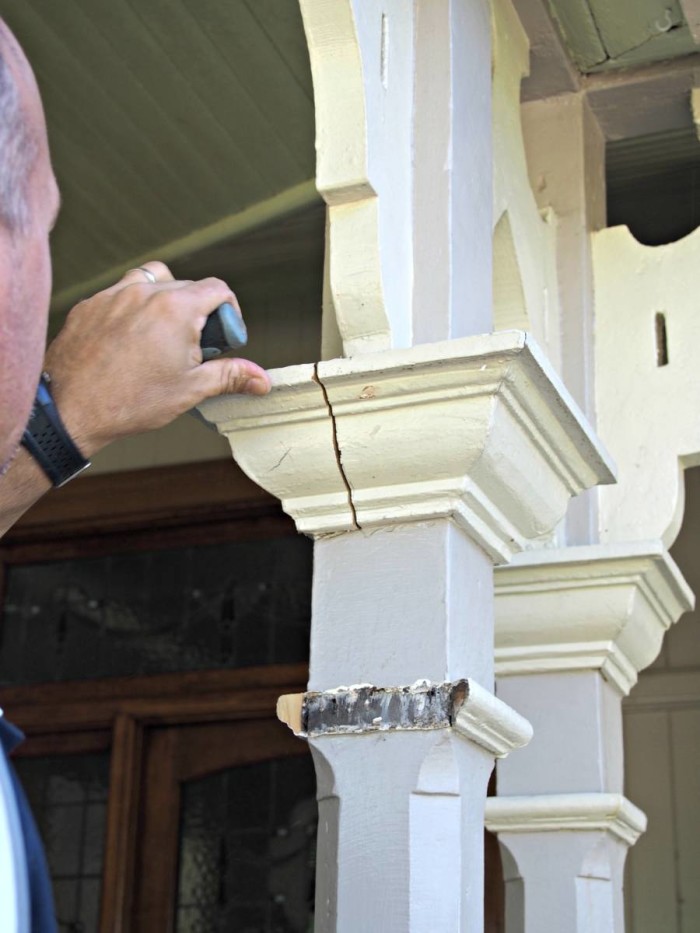 After preparing the area in which the doors would sit, The Builder set about installing the hinges to the doors. He choose stainless steel hinges and screws to ensure the weather did not effect them long term. 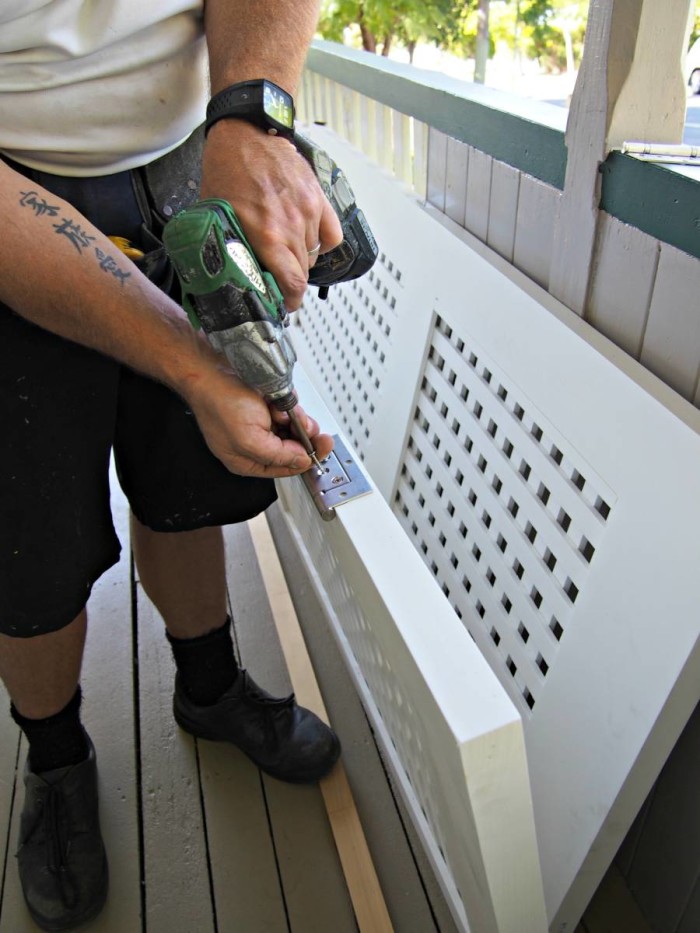 Next was installing the doors. Screwing them into place was relatively simple, however the adjustments that take place to ensure the door sits just right, take some time. Extra timber needed to be added to make the door fit the space correctly, now it simply needs a coat of paint. 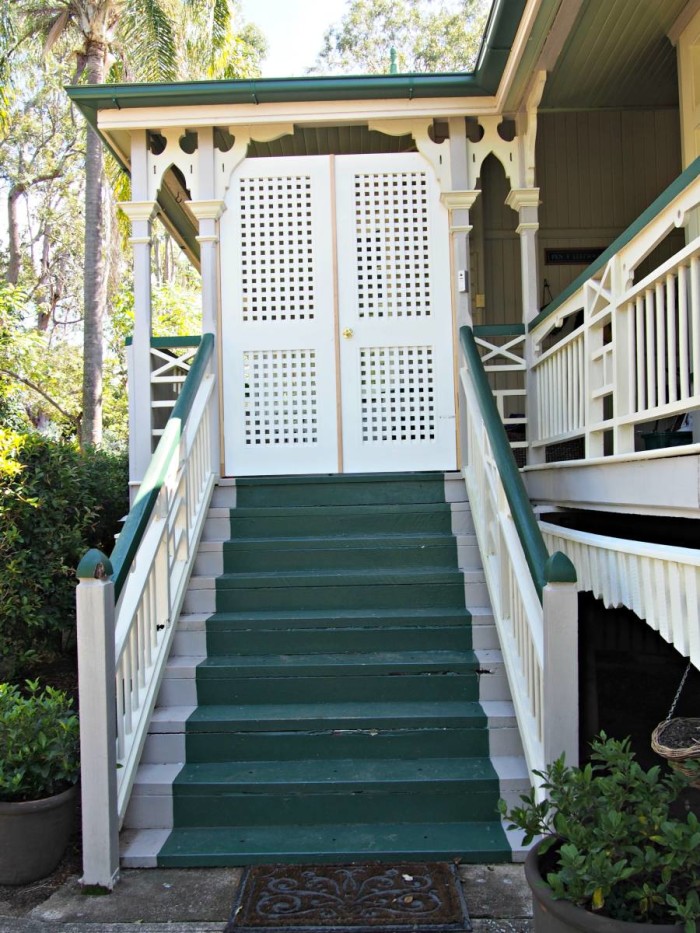 The second part of our little bit of added security, is this super clever security system that captures a picture of whoever is pressing the door bell as it happens. This is then hooked up to a monitor that has been placed in the kitchen and allows us to check who the caller is, speak via intercom and unlock the door if we wish to let in the caller.

The added bonus of this system, is the ability to hook up a further 3 video cameras, which is taking place in the next few weeks. 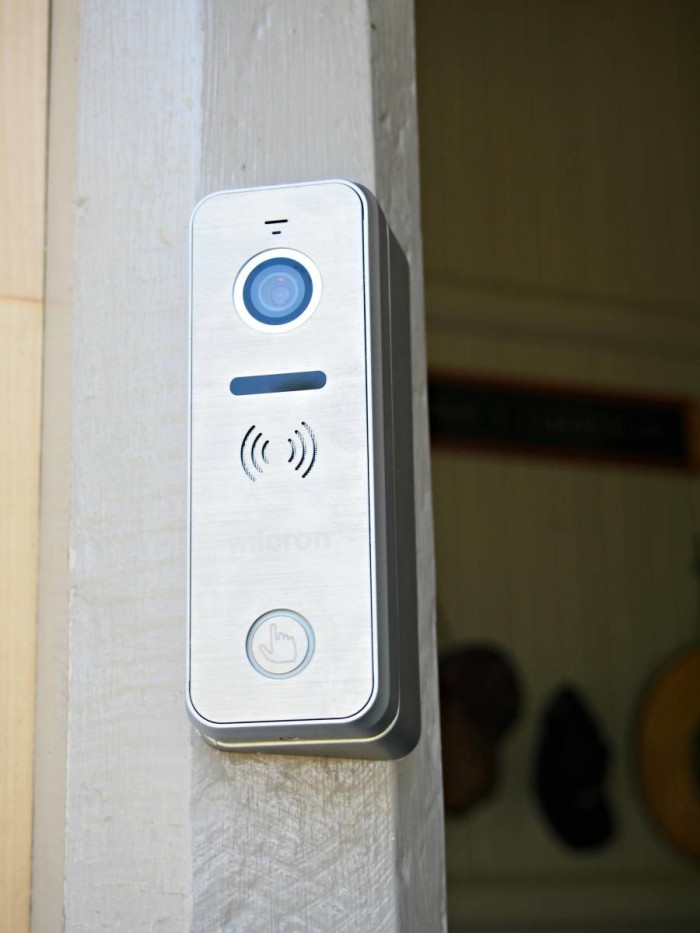 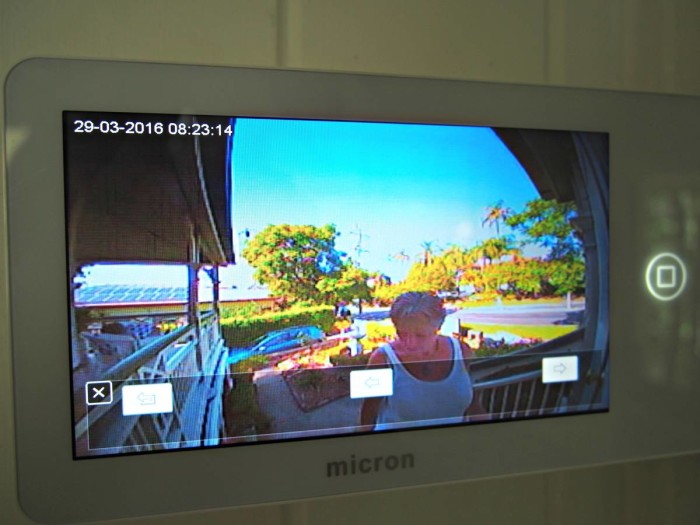 We are wise enough to understand that all security is really a deterrent, rather than a foolproof system that stops intruders, however, every bit of security helps us to make this house a home that we can feel safe in.

Do you have any security measures in place? Ever been broken into?