I promised you a little update on our TV situation on Monday, however all is not as it seems. Initially certain we wanted to hide the television, this proved to be a nightmare. Just before Christmas, we purchased a mirror, framing and the most expensive hinges known to man. Adam spent a day, reinforcing the TV area to take the weight of said mirror, installed the hinges, fixed the mirror to the hinges, and then the framing to the mirror. It looked spectacular, until we had to open it to watch TV, then it looked downright messy. While thinking of how to change the area, so it presented neat and tidy, fate stepped in, as it often does.

We were away on our family holiday just before school started at the beginning of the year, the eldest had stayed home to work, thank goodness. During the night, you know the real depth of night, around 3am, she was woken by a big crash, and the splintering of glass. My poor daughter, only just 18 years old, her first time home alone, and the bloody mirror had come crashing down in the middle of the night. It seems that those super expensive hinges, were not the correct ones for the purposed we described to the lovely sales man.

Thankfully no one was hurt, or this may have been a very different blog post. What this did mean, was that we needed to find a new way to tidy the TV area. It took us 6 months and a suggestion for the lovely Angela of Interior Solutions Brisbane, to find one. We didn’t need to hide the TV after all, we just needed to frame it. That is exactly what we spent last Saturday doing, and I simply couldn’t be happier. Here is a little sneak peak, I don’t have any before photos, as hubby hated it so much, he would let me take a picture. 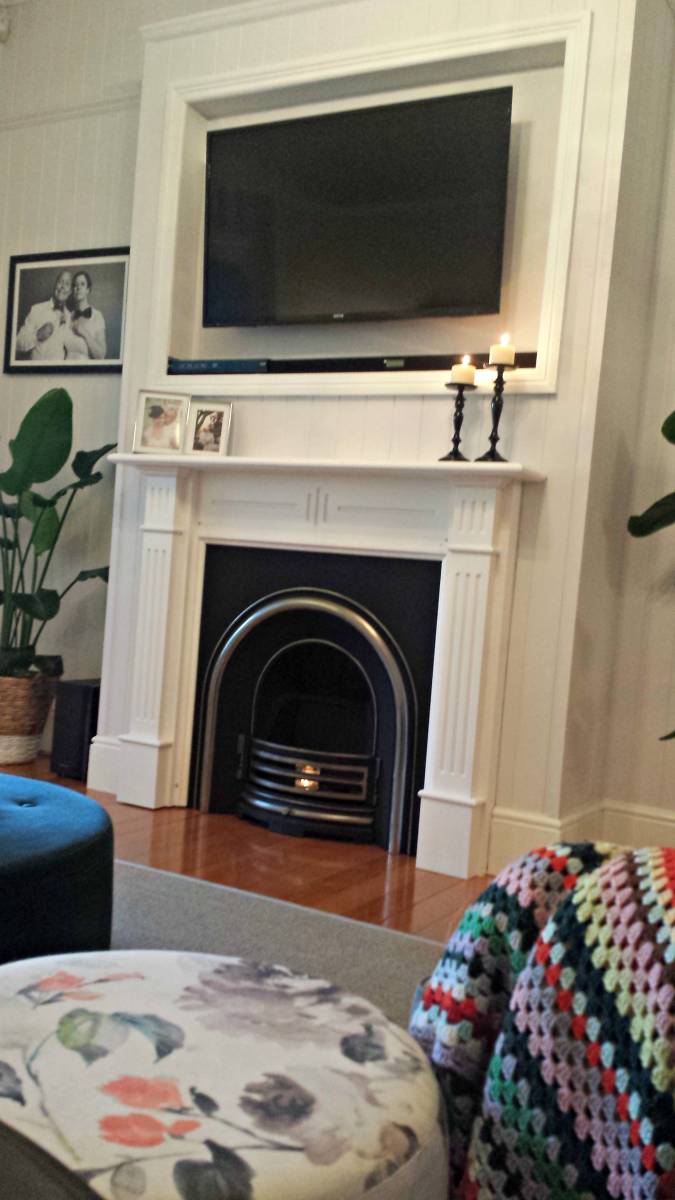 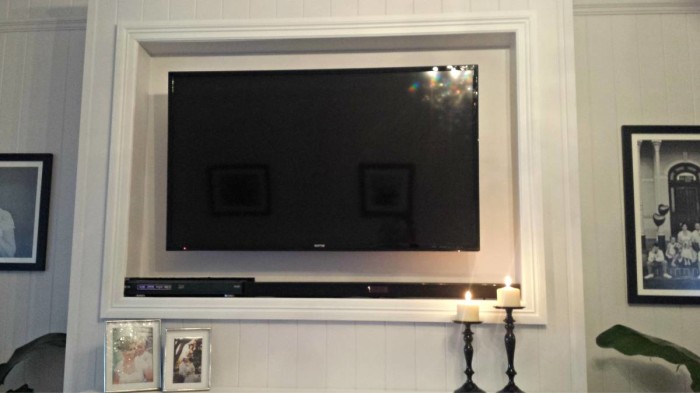 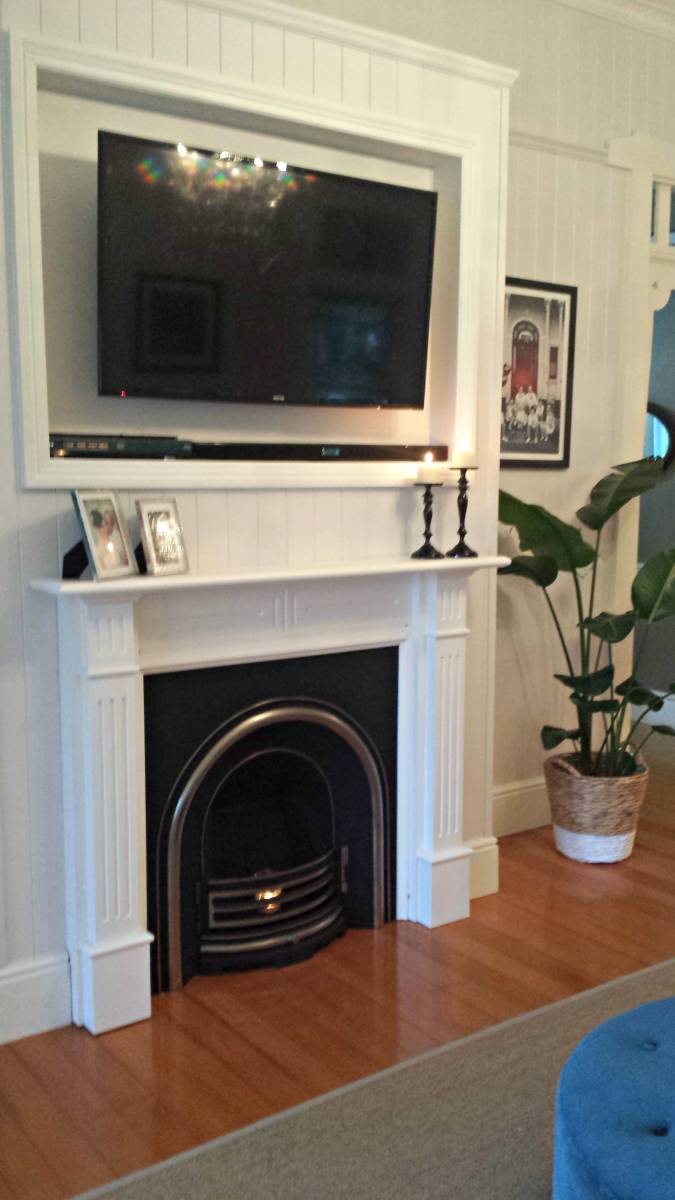 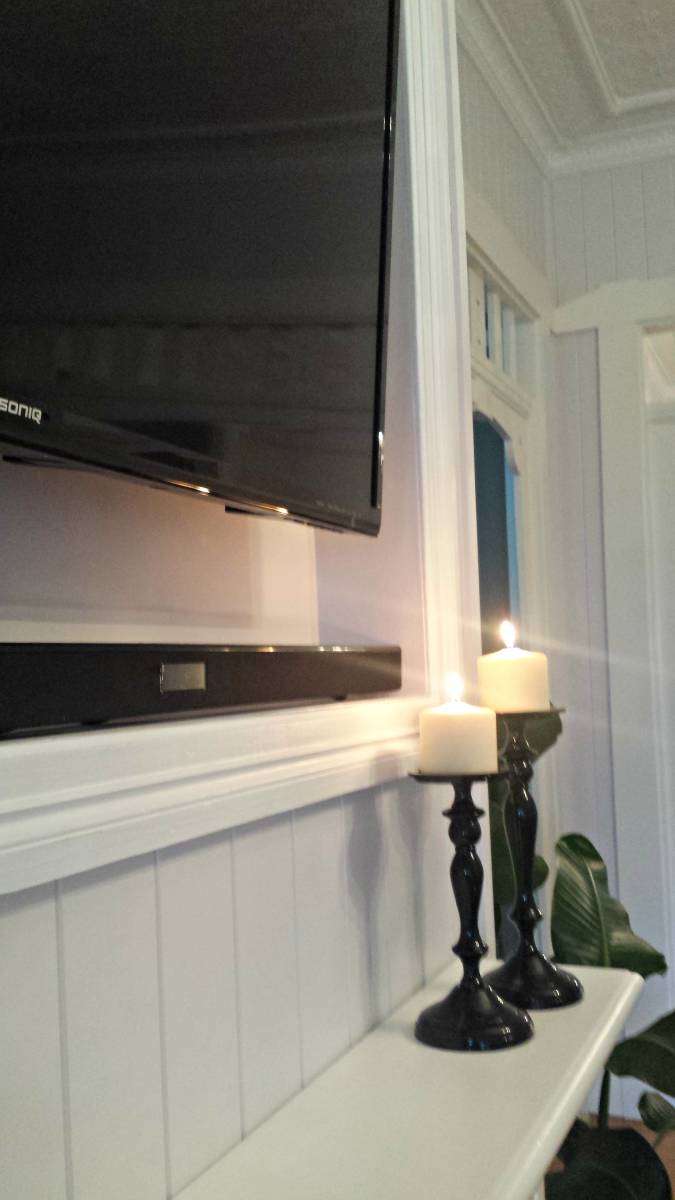 In the photos, you may also notice a little hint of colour in the entry way, more on this to come in the next few weeks. 🙂

There has also been a little action in the library, and this mess, is a happy mess that means that Adam and the apprentice have been painting again. 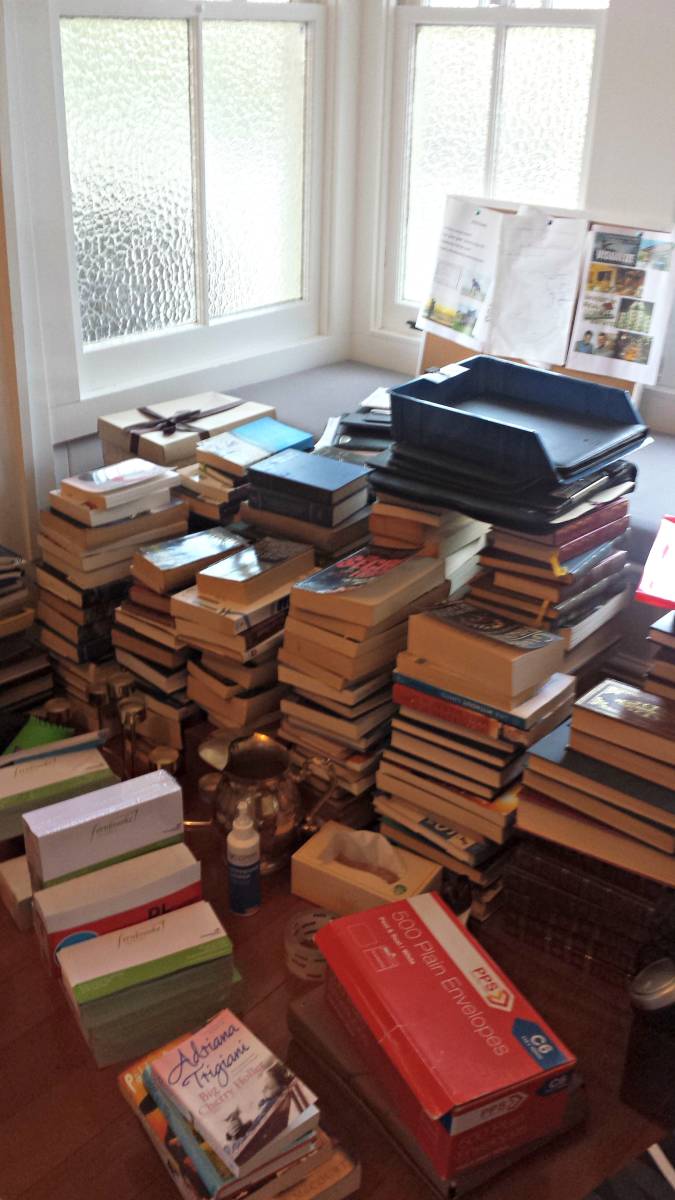 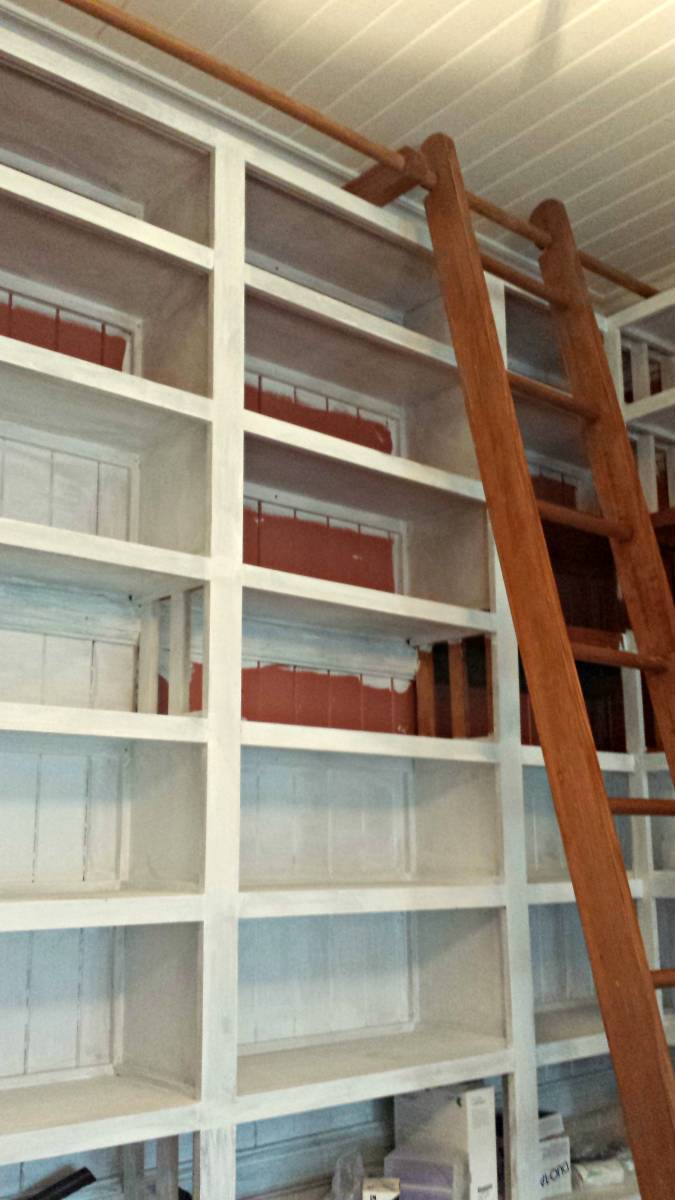 Very exciting times again at Pen Y Llechwedd, as the football season has stalled for the holidays. Next week, Adam, the apprentice and myself will be here for 3 days straight as we try and put a real dent into the last few smaller jobs to be done, then we can concentrate on the ensuite and the girls bathroom. Yeah, for progress!

What are your thoughts on our TV area? Have you ever been woken up with a fright?

NB* Apologies for the terrible photos, I am still procrastinating over which camera to purchase.