I am so excited to share this weeks installment of My Trade Story. Over our Christmas holidays, I was able to finally watch some TV. You see our days are so full with work and children, if we get to watch TV on a normal day, it is a couple of select shows we love after 8.30pm, maybe 2 or three times a week. Over the holidays though, I was able to put in some serious TV time, and became obsessed with the American show, Tiny Houses. Doing a little research to see if this amazing housing phenomenon had reached our shores yet, I was delighted to see not only had it, but an amazingly talented woman, Lara was a co-owner of a company crafting these tiny houses, right here in Brisbane.

It is with great excitement, that today the very inspiring Lara is sharing her own trade story, made up of the kind of determination I truly admire. I just know you are going to enjoy Lara’s story as much as I did. 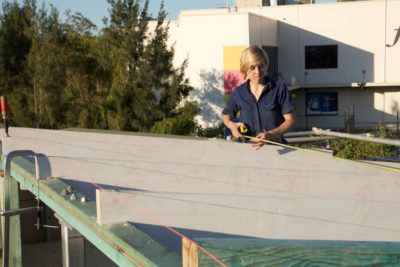 I grew up in an old ‘queenslander’ cottage full of character, people and stuff. My parents ran, actually still run, a picture framing workshop underneath the house. So we spent many hours moving and stacking timber around the house.

When I was at school my favourite subject was art and I really loved the ‘making’. I was most happy working with my hands moulding a handful of clay or gluing bits of whatever together to create something that looked better than when I started. 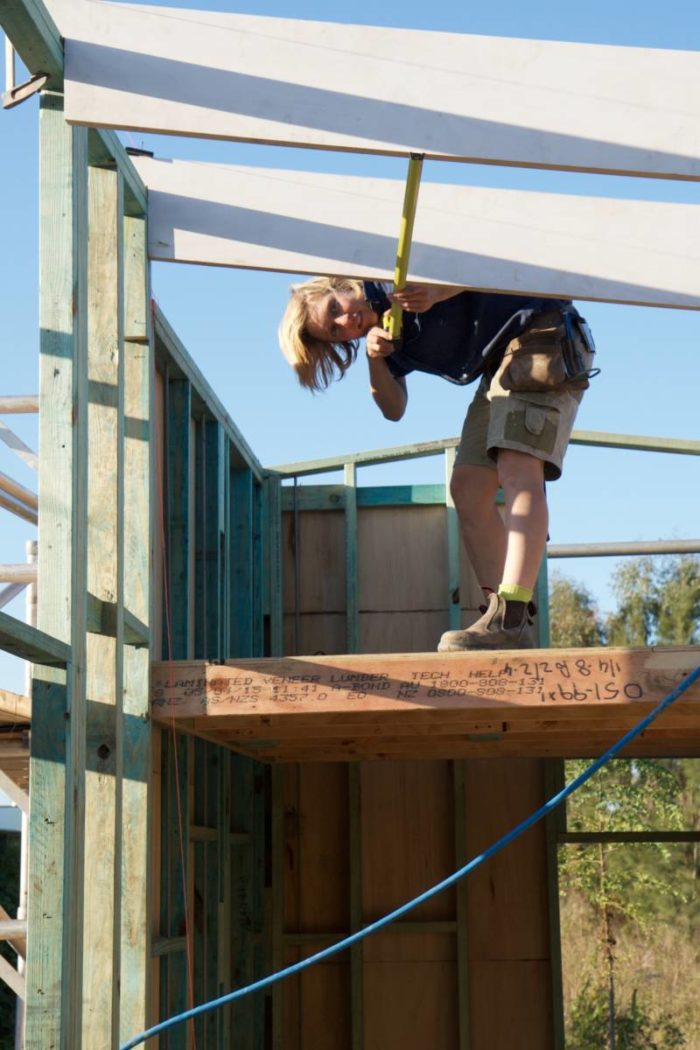 Although I started at uni studying a Bachelor of Science (I was interested in genetics) I soon realised that it wasn’t what I wanted to do forever. Around this time, my parents built a small studio in the backyard where our tree house used to be. I really enjoyed watching and being a bit involved in the design and build. I proposed the idea of working at a joinery making doors and windows but someone suggested I would like architecture (they said it was a mix of art and science). So I started my Bachelor of Design and then completed my Masters of Architecture.

I have worked in a couple of great architecture offices and for a young graduate had some amazing experiences and mentors. During that time, I also realised that sitting at a desk for hours drawing buildings that often never get built didn’t suit me. When the firm I was working at was closed down I began to question whether I really wanted to find another office job. What I really wanted was to get some experience onsite learning how buildings are actually built, so I started labouring for three months with Greg Thornton Constructions which turned into a 4 year carpentry apprenticeship. 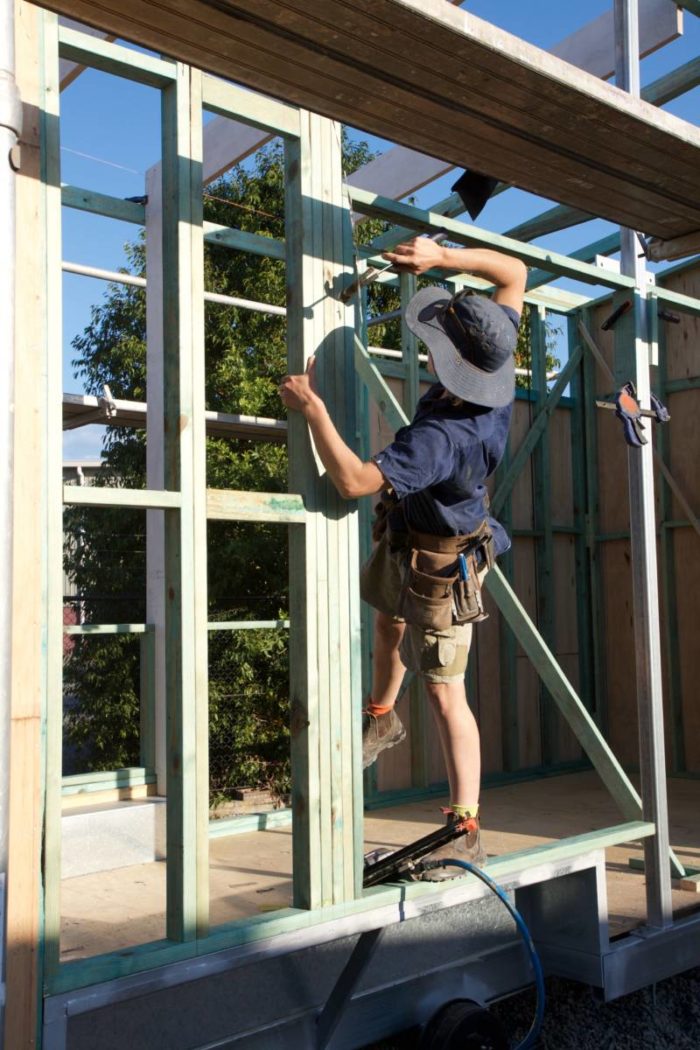 I was really lucky as the small team is made up of excellent carpenters who are also great blokes. We do a great range of renovations, new builds, architectural houses and extensions. I am now weeks away from completing TAFE and becoming a qualified carpenter and am still happily working with the same crew although we’ve recently started a pretty exciting new project – a new small business.

Last year, my partner and I, along with Greg (the builder who I did my apprenticeship with) and his small crew, teamed up to design and build an alternative housing idea. You may have heard of the term ‘tiny house’, they became a bit of a movement in America after the GFC.

With mine and my partner’s architectural training, Greg’s experience as a builder, and his small experienced and enthusiastic crew we had a good team. What we’ve built is basically a small house on a trailer. It is 18 square metres or two car parks, plus a modular deck. The home is transportable, environmentally low-impact, and is testing many new ideas about living in a small space. The project seeks to strike a balance between a comfortable, beautiful home and a lifestyle that reduces our impact on the planet. We were recently awarded the EmAGN Urban Provocateur award for the project. 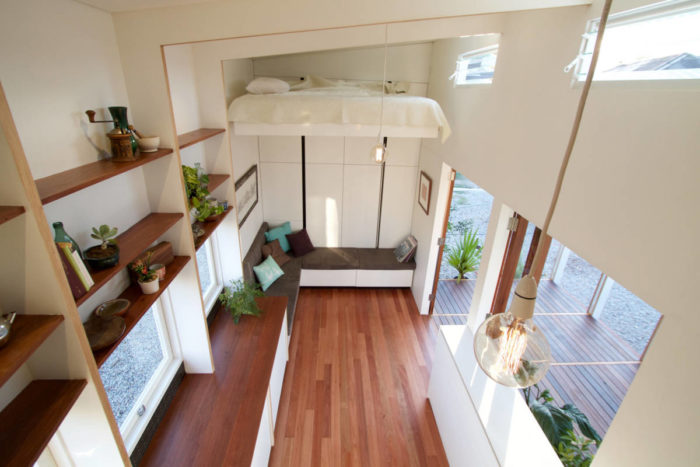 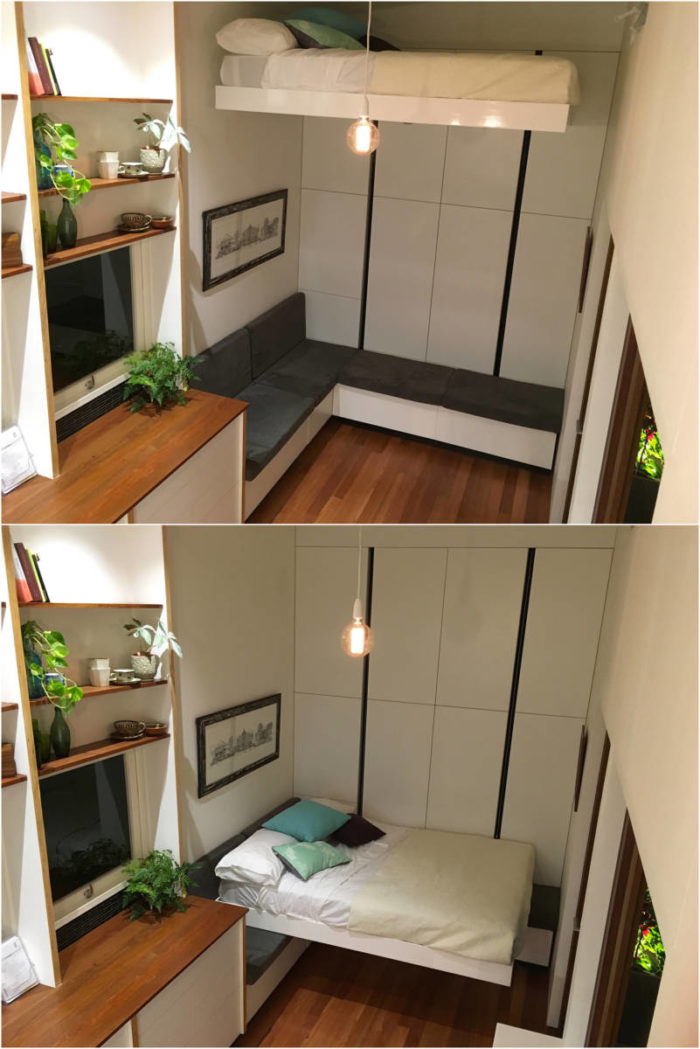 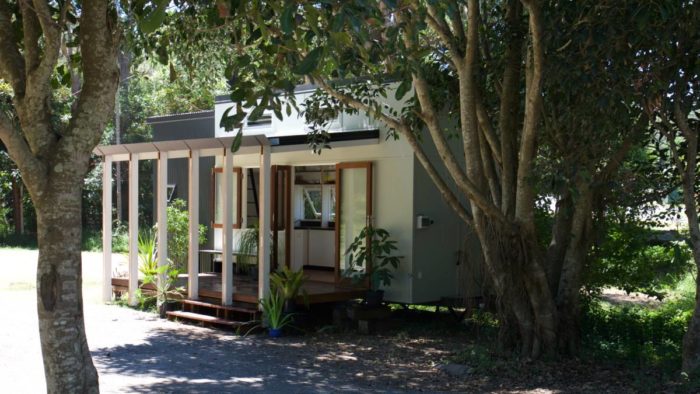 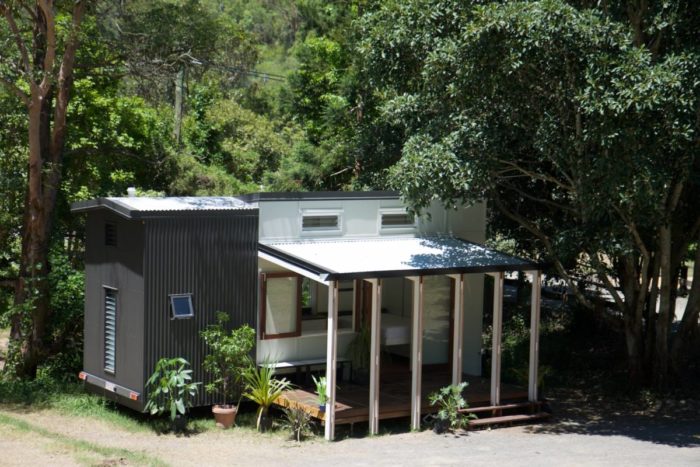 While completing the prototype house we started a small business – The Tiny House Company. We are currently in the process of building two more tiny houses in a warehouse space in Brisbane.

It has been a steep learning curve for me personally as I have been acting as designer, foreman, project manager and apprentice carpenter (a challenging combination of roles).

Last year I was lucky enough to be awarded CSQ Construction Apprentice of the year. I have also been asked to speak at a couple of events (NARWIC- National Association of Women in Construction event and TEDx Southbank). It feels great to be able to encourage more guys and girls to take on challenges and training in the trades and to be able to speak from experience about how rewarding the day-to-day work can be.

I get so much satisfaction from the hands on building and although I have been an apprentice carpenter for 4 years, I am still learning everyday because our work is so varied. I think there are many people who have a similar aspect to their personality that need their work to give frequent (daily) outcomes – something solid for your efforts – a new wall, a hole in the ground, a slab, a deck. Being a woman ‘on the tools’ is rarely an issue, mainly because of the guys I work with. I could imagine a job site that would make it a lot harder, more awkward or less fun but luckily for me I haven’t worked on one. Naturally, when I was a new apprentice I had to work hard to prove myself to the team but I think that is the case for all apprentices.

Unfortunately carpentry is still a strongly male dominated industry and I’m looking forward to more women choosing a trade as their career. There are many people who have been curious about the decision – even my mum was sceptical verging on unsupportive when I told her – but ultimately I think when you’re doing it …ankle deep in mud, covered in sawdust and happily constructing, everyone is onside! 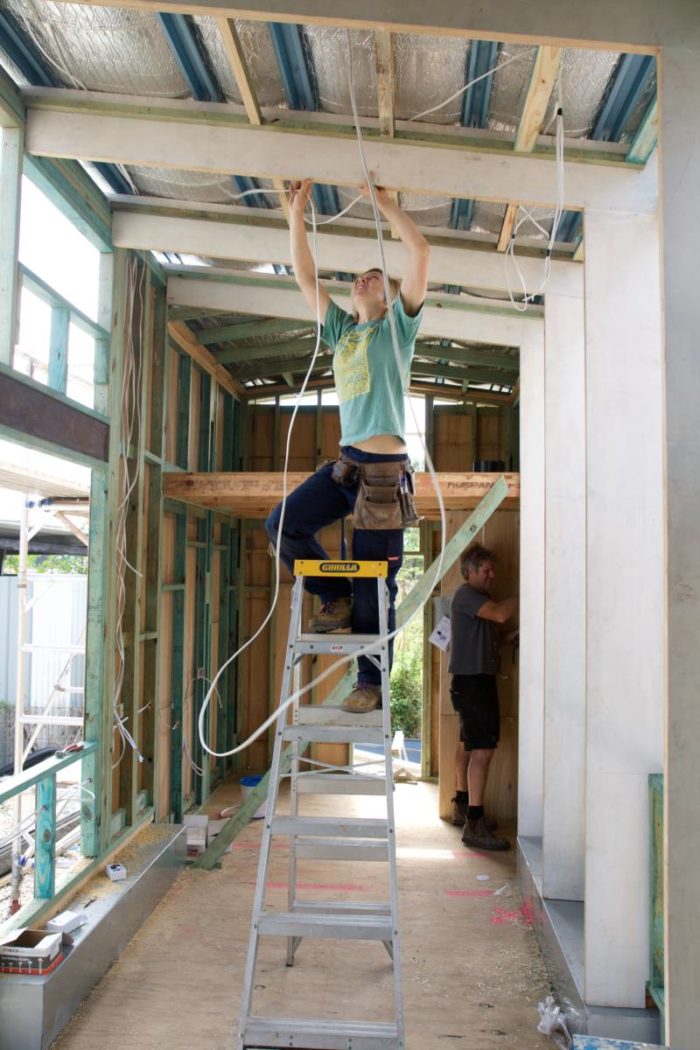 These days the stereotypes about women in trades are lessening, as there are more varieties of women working on job sites. I’m trying to break all the rules, mature age (I’m 28 now and started at 24), university educated, and soon to be a mother. There is really no reason that a trade (especially carpentry) can’t be a legitimate option for almost anyone who is keen. The more examples we have the more common it will be and someday I won’t have to answer silly questions about whether it is harder to be a woman on the tools – it’s not, it’s 99% about attitude. 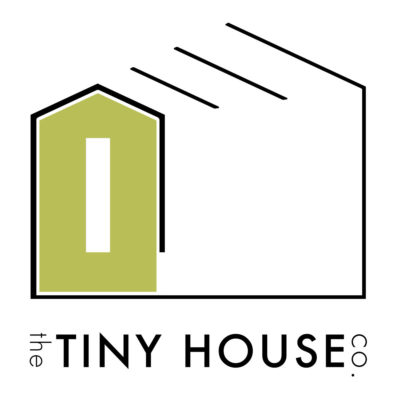 Wow, what an awesome journey! I am continually inspired by women who have the determination to make a career in the construction industry, stories like this, show just how much can be achieved with the right attitude. If you would like to know more about Lara, or The Tiny House Company, you can check our their website, You Tube, Twitter, Instagram, or Facebook. Why not pop on by Greg Thornton Constructions and say hello as well!

Are you a lady trady or do you work in the construction industry? Then I want to hear from you!