I was contacted recently by a women who was working her way into her construction company with her partner. She was feeling as though the staff were less than respectful to her and her position within the company. This is a common complaint from women in construction, something I felt myself at one time. It was a fantastic mentor of mine who helped me out with this and now I would like to return the favour.

So earning respect should be easy right, it is something that we all crave, however something that many of us find lacking within certain parts of our lives. What if I told you, you could change it right now, and that that change would be immediate and ongoing, would you be prepared to do what it takes?

That was until I realised that a. it wasn’t working and b. I wasn’t an equal.

You see in business we have roles and there are reasons for those roles, each of which should be respected by all involved. As a business owner, I was not equal to the staff on site, and they knew it.

They would take every opportunity to show me I was not their equal, often disrespectfully, but all to show me what they knew and I didn’t yet.

I was  not equal, there was no point pretending I was, I was different. I was the business owner, the one that called the shots, the one that paid their wages, the one that won the jobs and gave them their employment.

It was quite insulting to both myself and the staff to pretend I was one of them, in fact I was leading our team by being disrespectful to them, without me even knowing it. 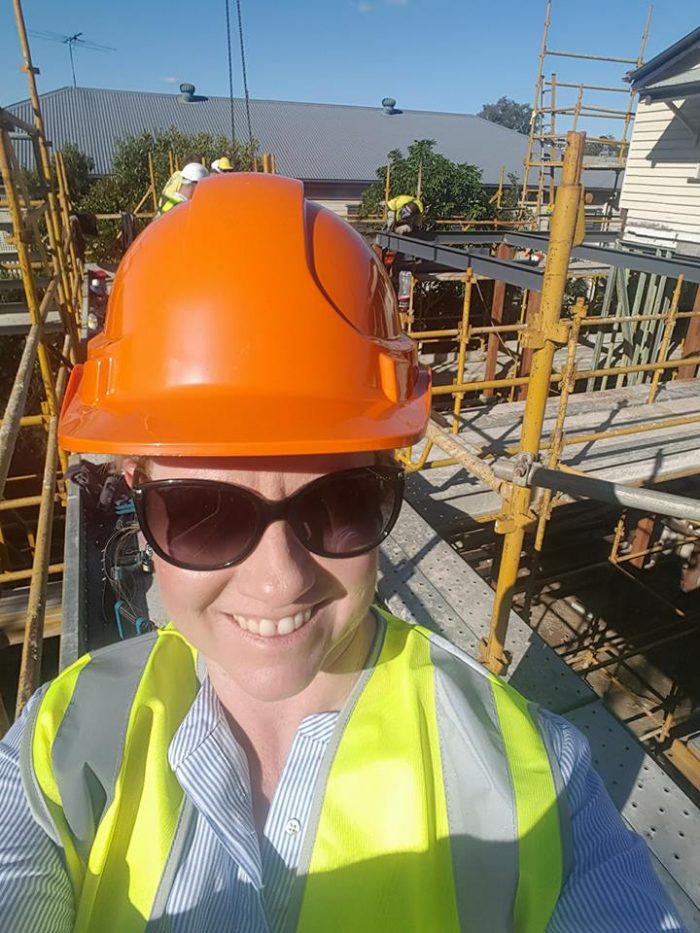 What my mentor taught me, was to own my position within our company, and command the respect that I deserved. I didn’t want to hang out with the staff swearing and talking about stuff I had no interest in, though I did want to relate to them.

I could do this by showing interest in who they were and what role they played within our company, I didn’t need to disrespect myself by downplaying who I was and my role to do this.

Boundaries were important to put in place to ensure that respect was given and I needed to lead the way in that.

In short the message here that I wish to share, especially to women in construction, is to own your role, no matter where it is or what you do, stand tall and expect to be treated with respect, call it out if it isn’t done and most of all, be sure that you are giving respect to those around you, in the appropriate way.

We have so much more strength when we know who we are and firm in our resolve, while it can be easy to forget and fall back into a similar position as the one I found myself in, when you stand in your strength the respect naturally follows.

Have you found it difficult to find the respect you deserve?