We have heard some amazing stories about our home over the last few weeks. I had spent quite a lot of time researching the home and its history prior to taking ownership, however we have since found that the best source of history are the neighbours that surrond us. I have the last 40-60 years of history, before that was a little lost.

Recently, after meeting one of our neighbours, we were told of the original owners of Pen Y Llechwedd. The owners of their home, were the parents of the owners of our home, in fact they comminsioned the artiect, George Brockwell Gill, to design our home for their Daughter and Son in Law. With a little more research, we found that the Father who built our home, was actually Mr Fredrick Goleby, a prominent Ipswich businessman. 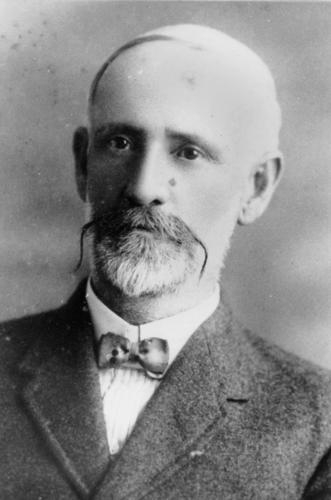 Fredrick Goleby was born in Brundish, Framlingham, Suffolk (England) March 19th 1859. He was the second eldest of 19 children. He arrived in Australia with his family when only 5 years old. He received his early education in Ipswich schools before he became an apprentice saddler. Once completing his trade, he moved out west for experience, and finally came home to set up his own business in the main street of Ipswich. Mr Goleby’s business soon grew, eventually incorporating his sons into the business, which came to be called, F. Golbey and Sons.

Mr Golbey married his bride, Miss Ellen King in 1881, and together they had 2 daughters and 2 sons. Mr Goleby, was a very active part of the Ipswich community, the head of many committees. He was an Alderman for many years before being elected Mayor in 1906.

It’s a real thrill to know a little more about our homes history, and super exciting to know more about the owners.

Do you know any of the history of your home? Have you found any exciting secrets?